The Story of Stereo Sue 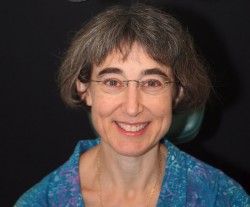 For 48 years, Dr. Susan Barry lived in a two-dimensional world. Then she met Dr. Ruggiero, and everything started to change.

Dr. Barry is a neuroscientist at Mount Holyoke College and the author of “Fixing My Gaze: A Scientist’s Journey Into Seeing in Three Dimensions.” The book details Dr. Barry’s experience with vision therapy, and how she was able to develop stereoscopic vision well into her adult years – something previously deemed impossible by many scientists and physicians. 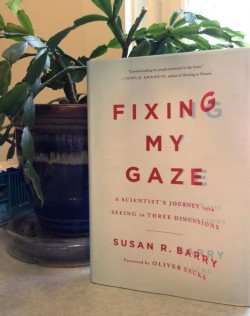 Dr. Barry was cross eyed since infancy, and although multiple surgeries helped to make her eyes appear straight, her visual system never learned how to fixate both eyes at the same time – leaving her without stereoscopic vision, and subsequently, without the ability to see the world in three dimensions. It wasn’t until her early twenties, when Barry was a college student studying neuroscience, that she realized there was a problem with her visual functioning. But because she believed that stereoscopic vision couldn’t be developed in adulthood, it would be 25 more years before she’d seek vision therapy treatment.

Although physicians had told her that vision therapy couldn’t help her visual condition, Dr. Barry sought out the expertise of Dr. Ruggiero in 2002 after experiencing a further deterioration of her visual functioning. She was amazed to discover objects “popping” out at her after only a few sessions of treatment. Within just a few short months of intensive therapy, Dr. Barry’s visual system had created new neural pathways, and thus, a whole new view of the world around her – a view that she had never before thought possible.